It’s the Receiving NOT the Giving 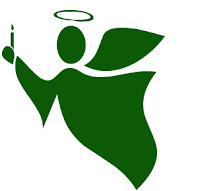 Another Thanksgiving is over. Just for the record, the adults won the game this year as did the odd year graduates. The Christmas season is upon us. ‘Tis the season of shopping, decorating, and baking! It is also a time to reflect on the past year and most importantly, giving. Christmas is often called the Season of Giving but the act of giving transcends all religions, cultures and societies. Sometimes, though, it’s the receiving, not the giving, that matters most. Let me explain what I mean…

Twenty years ago when our boys were still small, I read an article about giving that changed the manner in which I view “charity, philanthropy, altruism, giving, generosity”~ all those words that can mean giving without receiving.

The story was about a family that was asked to put together a “holiday basket” for their church food pantry. The husband and wife went through their own pantry and tried to decide what to donate. A canned ham was rejected because, well, hams were expensive and it would make a good mid-week meal for their own family. So they put in a couple cans of tuna. Coffee? Too expensive, maybe a box of tea. How about the tin of butter cookies Aunt Ann sent? That was kept for company and a box of crackers was donated instead. This conversation continued until they put together a basket. Looking at it, they were very pleased and felt virtuous about being so charitable.

Sometime later, having fallen on hard times, they, themselves, were the recipients of a food basket from their church’s food pantry. As it turned out, they received the very basket they had put together earlier! Now they wished they had put in the items they decided against! A cup of coffee with the butter cookies would have been a welcomed treat! The canned ham would have made a great any day of the week meal!

I know the saying is “Give and you shall receive” (Luke 6:38) but maybe it should be “Give as if you will receive”

We’re an independent insurance agency offering a comprehensive suite of insurance solutions to protect your business and your life from the unexpected.

We don’t just sell insurance. We work closely with clients to help them make important and informed decisions every day when it comes to protection and their future.

We’re here when you need us most. Call, email or stop by.